Elsewhere in his book, The Origin of Life, he tells us that the living cell is as complicated as a vast city in the degree of its elaborate activity (page 77), and is “packed with tiny structures that might have come straight from an engineer’s manual – minuscule tweezers, scissors, pumps, motors, levers, valves, pipes, chains and even vehicles abound” (page 76).  The miracle of life is not that it is made of such “nanotools”, he goes on to say, “but that these tiny diverse parts are integrated in a highly organised way.”  (page 76)

What are the chances of such a cell coming into existence accidentally?  This is called the chemical fluke theory, which most of us, when we think about it at all, unconsciously subscribe to.  Davies tells us that the odds on such a fluke are enormous and have been computed as 10/40,000 – 1.  That is, 1 with forty thousand noughts after it!  Or, to put it another way, 1 with as many noughts after it as the letters in the chapter of a book.  The odds on dealing a perfect hand of cards a thousand times in succession is as nothing by comparison.  It’s like the old monkeys on the typewriter image:  a million monkeys, typing randomly on a million typewriters over millions of years have more chance of producing the complete works of Shakespeare than has life of originating by a chemical fluke.  The British scientist, Fred Hoyle, has compared it with a hurricane sweeping through a junkyard and producing a fully-functioning Boeing 747!
So incredible are the odds on life happening by a chemical fluke, says Davies, that it is unlikely to happen twice in the universe, or even, as he says in his Guardian article, in a trillion universes!  Perhaps, then, our search for extra-terrestrial life is absolutely forlorn.  Perhaps we are alone in the universe, the incredible outcome of billions of accidents, the only conscious, thinking, loving, dreaming meat in the whole universe.  If so, then the reductionist jibe that we are the inhabitants of an obscure lump of rock revolving round a middling star on one of the many arms of a pretty ordinary galaxy seems quite ridiculously demeaning to us.  Even if we are accidents, we are amazing accidents, the crown and summit of all that exists, blind nature’s greatest achievement.  We should consider ourselves as proud participants in the awe-inspiring dance of life.
But there is another way of looking at these things; perhaps life is not the product of a chemical fluke but is actually instinct within matter itself; perhaps the atoms of matter are not dead entities awaiting an accidental spark or charge to animate them, but alive in a rudimentary sense, possessing a seed of consciousness which would ultimately and inevitably grow into the fully self-conscious human being.  Perhaps, as someone has remarked, it’s as if the universe knew we were coming and has lovingly and painstakingly nourished our emergence.  Perhaps we are part of a great evolutionary unfolding, operating according to a blueprint which was there in the beginning, much like the mysterious way in which an acorn develops into an oak tree.  Perhaps those lovely words in the book of Jeremiah, “Before I formed thee in the belly I knew thee” (1:6), echoed by Walt Whitman in his Song of Myself, are not just poetic fancy:

I am the acme of things accomplished, and I an encloser of things to be.
Rise after rise bow the phantoms behind me,

Afar down I see the huge first Nothing, the vapour from the nostrils of death,

I know I was even there……I waited unseen and always,

And slept while God carried me through the lethargic mist,

And took my time……And took no hurt from the foetid carbon.

Long was I hugged….close and long.

Immense have been the preparations for me,

Faithful and friendly the arms that have helped me.

Cycles ferried my cradle, rowing and rowing like cheerful boatmen;

For room to me stars kept aside in their own rings,

They sent influences to look after what was to hold me.

Before I was born out of my mother generations guided me,

My embryo has never been torpid…..nothing could overlay it;

For it the nebula cohered to an orb…the long slow strata piled to rest on it…..vast vegetables gave it sustenance.

Monstrous sauroids transported it in their mouths and deposited it with care.

All forces have been steadily employed to complete and delight me,

Now I stand on this spot with my soul.

Perhaps we are not the products of 'blind' chance, but the end and purpose of everything.  But, of course, purpose implies a purpose-giver, and a purpose-giver takes us back to the God we thought we had abandoned.  Is there evidence of design in the universe and if so, what are the implications?  I’ll leave you to ponder these questions, which, as thinking, conscious meat it is your privilege, nay, your duty, to do

An alien explorer, just returned from an earth visit, is reporting to his commander.
“They’re made out of meat.”
“Meat?”……..
“There’s no doubt about it.  We picked several from different parts of the planet, took them aboard our recon vessels, and probed them all the way through.  They’re completely meat.”
“That’s impossible.  What about the radio signals?  The messages to the stars?”
“They use the radio waves to talk, but the signals don’t come from them.  The signals come from the machines.”
“So who made the machines?  That’s what we want to contact.”
“They made the machines.  That’s what I’m trying to tell you.  Meat made the machines.”
“That’s ridiculous.  How can meat make a machine?  You’re asking me to believe in sentient meat.”
“I’m not asking you, I’m telling you.  These creatures are the only sentient race in the sector and they’re made out of meat.”
“Maybe they’re like the Orfolei.  You know, a carbon-based intelligence that goes through a meat stage.”
“Nope.  They’re born meat and they die meat.  We studied them for several of their lifespans, which didn’t take too long.  Do you have any idea of the lifespan of meat?”
“Spare me.  Okay, maybe they’re only part meat.  You know, like the Weddilei.  A meat head with an electron plasma brain inside.”
“Nope, we thought of that, since they do have meat heads like the Weddilei.  But I told you, we probed them.  They’re meat all the way through.”
“No brain?”
“Oh, there’s a brain all right.  It’s just that the brain is made out of meat!”
“So….what does the thinking?”
“You’re not understanding, are you?  The brain does the thinking.  The meat.”
“Thinking meat!  You’re asking me to believe in thinking meat!”
“Yes, thinking meat!  Conscious meat!  Loving meat!  Dreaming meat!  The meat is the whole deal!”
Terry Bisson 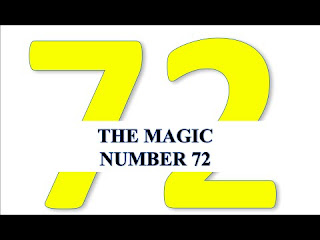 THE TIMES THEY ARE A’CHANGIN’ The man in the street does not know a star in the sky. The solstice he does not observe, the equinox he knows as little; and the whole bright calendar of the year is without a dial in his mind. (Emerson) I n The Hitchhiker’s Guide to the Galaxy , we read about a race of hyper-intelligent, pan-dimensional beings who build a huge computer called Deep Thought to calculate the Answer to the Ultimate Question of Life, the Universe, and Everything. And the answer it comes up with is 42. [i]   Numerous theories have been advanced as to why the author, Douglas Adams, chose this number but Adams himself said that he chose it purely at random, because ‘it is a completely ordinary number, … in fact it’s the sort of number you could without any fear introduce to your parents.’ [ii] The authors of the Bible also seem to have favourite numbers but these are hardly arbitrary. The numbers 7 and 12 are almost certainly related to the seven ‘planets’
Read more