Showing posts from August, 2013
Show All

VIRGO 21 st August – 21 st September Virgo, by Dan Hodgkin Virgo is Mutable Earth, and is the sign of the harvest. Its symbol is the Maiden with the Wheatsheaf. In Egypt the sign was associated with the goddess Isis, who is often depicted carrying the infant Horus, and the sign has strong connections with childhood. Its keywords are service, humility, simplicity, purity, characteristics of the Virgin Mary, whose birthday is celebrated on 8 th September, when the sun is in the centre of Virgo. The decans of Virgo are Coma (the Infant), Centaurus (the Centaur), and Bootes, (the Shepherd). Mark 9:33-50 . T hey came to Capernaum, and when he was inside the house he asked them, ‘What were you arguing about on the road?’ But they were silent, because on the road they had been arguing about who was the greatest. When he’d sat down, he called the twelve and said to them, ‘If anyone wants to be first, he will be the last of all, and the servant
Post a Comment
Read more 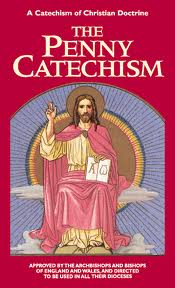 Mark 9:14-29 As they were coming down the mountain Jesus sternly charged them not to tell anyone what they had seen until the son of man should rise from the dead. They kept his words to themselves, but they discussed among themselves what this ‘rising from the dead’ could mean. They began to question him. ‘Why do the legal experts say that Elijah must come first?’ they asked. Jesus said to them, ‘Elijah does come first and is putting everything straight. But why do the scriptures say that the son of man must suffer many things and be treated with contempt? I’m telling you, Elijah has indeed come, and they’ve done to him all that they wanted, just as it has been written of him.’                   When they reached the other disciples they noticed that they were arguing with some legal experts, surrounded by a huge crowd. As soon as the crowd caught sight of Jesus they were amazed and they ran towards him and began to greet him. He said to them, ‘What are you arguing with th
Post a Comment
Read more
More posts